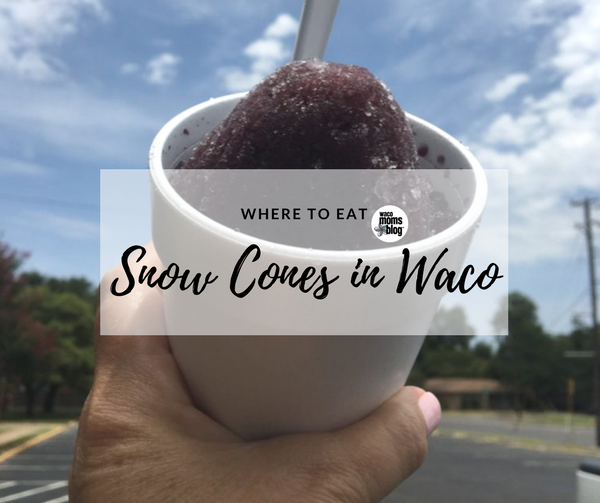 It’s hot in Texas. No surprise there, right? Change your forecast today with a icy treat; discover where to find Waco snow cones and beat the heat this summer.

Whether you call it a snow cone, a snocone or a snowball, the flavored ice once served in a paper cone-shaped cup, is both delicious and refreshing on a hot, summer day.

Snow cones take me back to days gone by when I was a child. In the hot Texas summers, when we visited my grandmother, we would go to Mrs. Davis’ Snocones Stand (no relation). She was famous in Ft. Worth for her sugary-syrupy-icy-goodness and was once in the newspaper. I can still see the article and I remember how wonderful her snocones tasted.

When referring to a “snow cone”, you are eating a frozen dessert usually made of compacted shaved ice, flavored with a brightly colored sugary syrup, usually fruit-flavored, like grape, cherry or coconut. Today, most snow cone stands serve the triangular-treat in a Styrofoam cup.  Not as fun, but definitely more convenient.

According to snowcones.info,  Texas holds a heavy piece of the history of snow cones. Samuel Bert of Dallas sold his snow cones at the State Fair of Texas, in 1919. Bert invented a snow cone-making machine in 1920 and continued to sell the delicious snow at the State Fair until his death in 1984. Bert sold his machines world-wide.

Perhaps Mrs. Davis, in Ft. Worth, owned one of his inventions?

In Baltimore and New Orleans, they are called “snowballs” instead of snow cones. Around 1850, the ice trucks, coming from New York, would stop in Baltimore and give the children shavings of ice. Mothers soon began making flavors to add to the ice for their children. 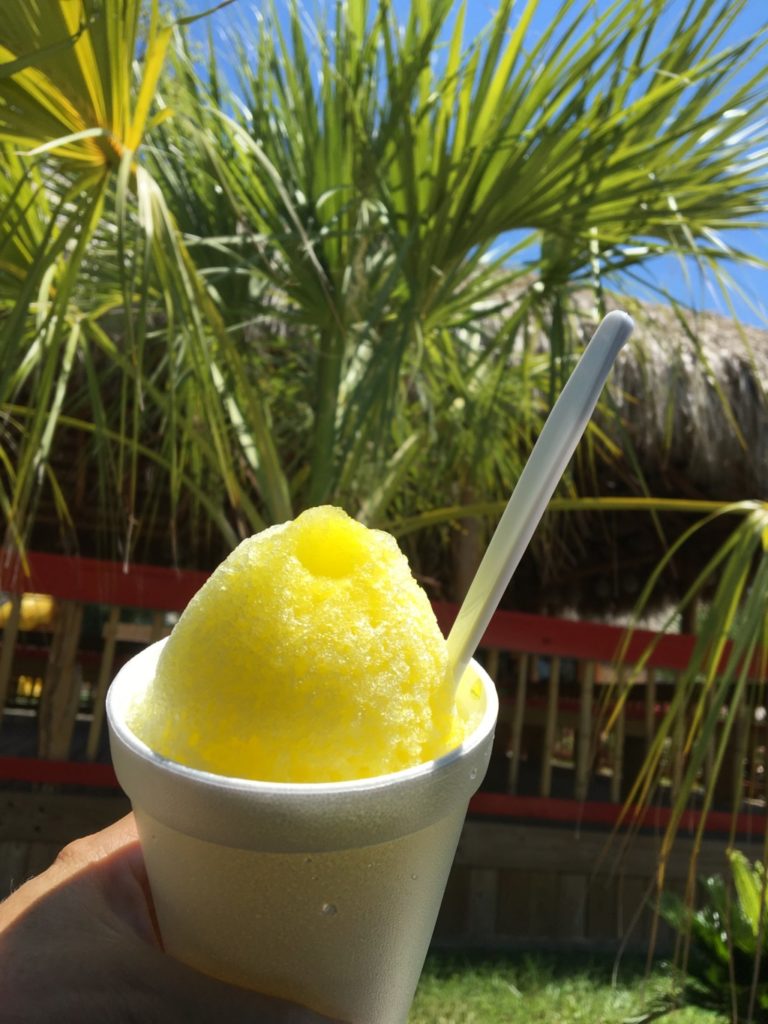 The rest, they say, is history.

No matter what you call it, no matter if it is slushy, crunchy or smooth, they remind me of being a kid and also of summer days long ago. 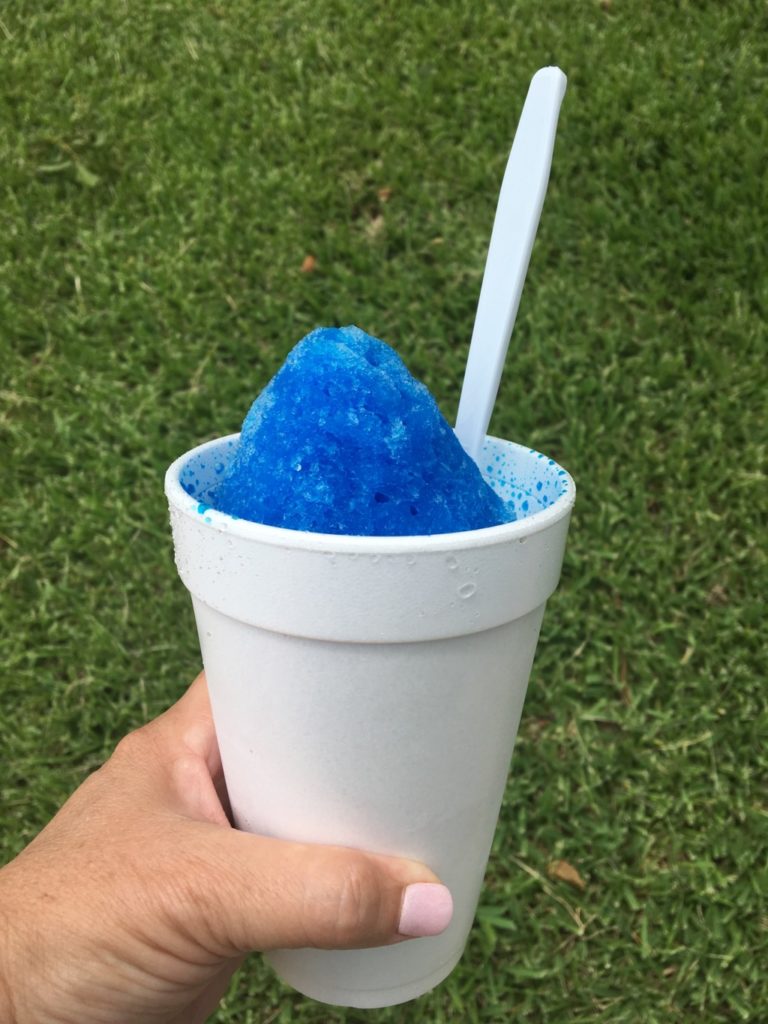 In the days of The Great Depression and World War II, the inexpensiveness of snow cones earned the frozen treat the nicknames Hard Times Sundae and Penny Sunday. They are still fairly inexpensive today. On average, Waco snow cones will cost about $3.50 for a large cup.

In Waco, we are lucky to have several different locations serving up the iced balls. There is one place we all love, but because it is a chain, I won’t review it. The snow shops, serving up Waco snow cones I am reviewing, are all locally-owned and some have been in Waco for many years.

Mr. Snow, located 817 Tulane Street, in Waco, across from the VA Hospital on New Road, offers many different flavors, several sizes and other refreshing items on the menu, as well as snacks.  Mr. Snow has a drive thru and a covered patio surrounded with palm treats to give the illusion you are no longer in Waco. Enjoy over 100 flavors of the shaved ice and seven sugar-free varieties. 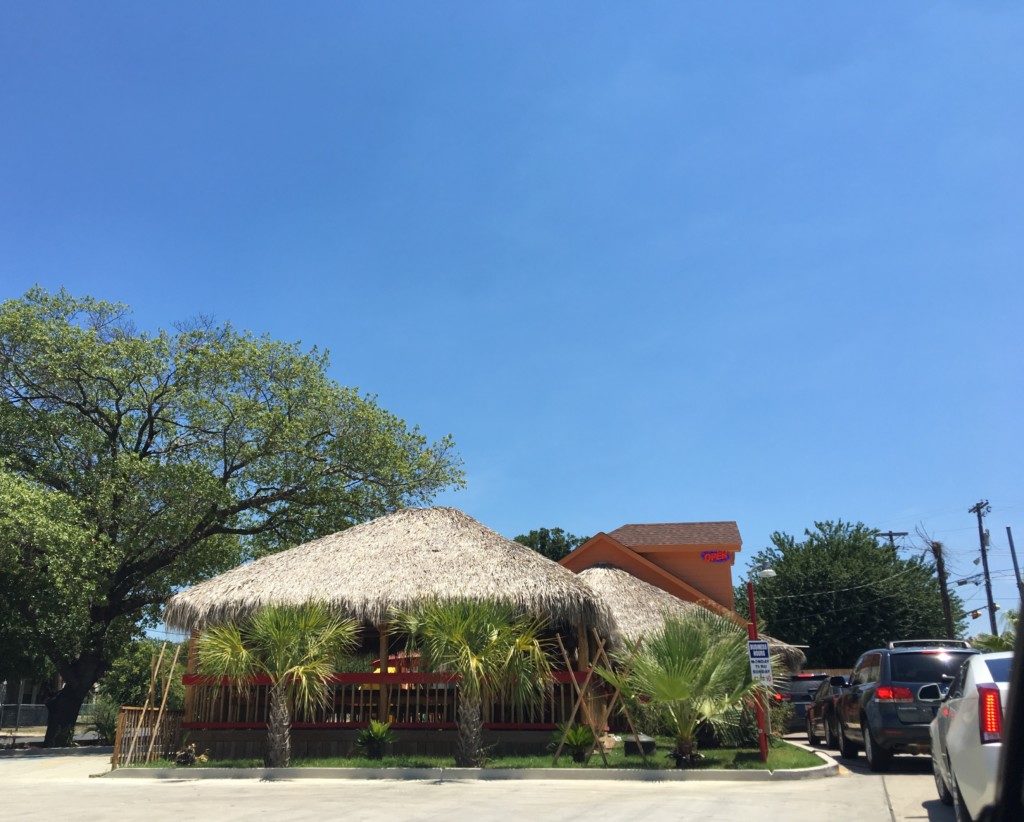 Coco’s Shaved Ice, located at 3824 Bosque Boulevard, in Waco, for more than fifteen years is opening its second location on Waco Drive. The second location, like the first, will  serve the delicious, chilling treats in many different varieties, have a drive-thru, and have a playground, as well. These snow cones are smooth and refreshing, no chunks of ice will be found.  They are almost slushy-like. 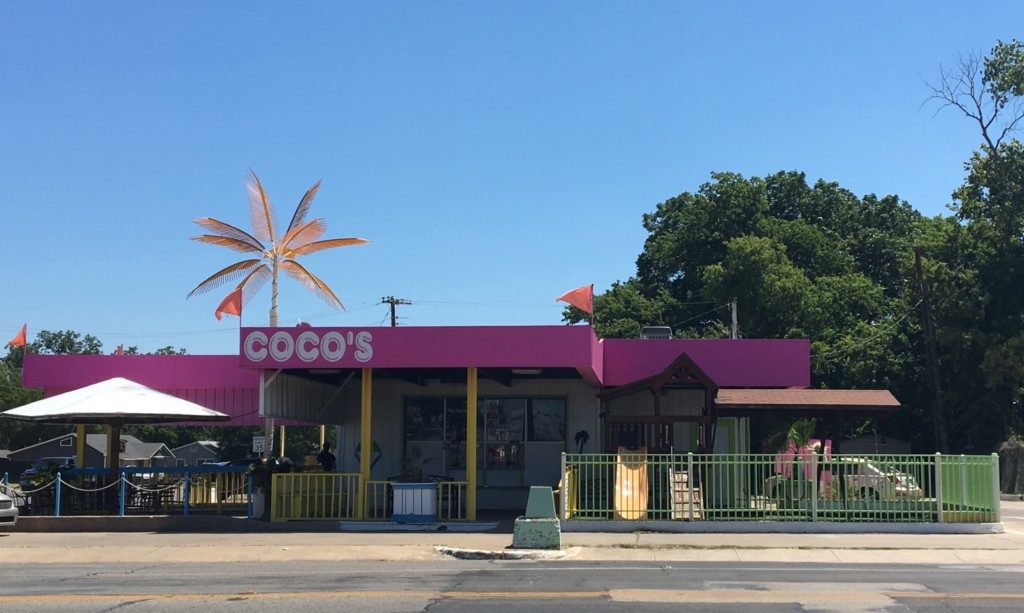 Vicky’s Place Snow Cones, located at 1700 Ross Avenue and 17th Street, in Waco, opened at this location in May, 2012. This snow cone stand serves many flavors including tamarind, guava, mango, diablitos, and more. 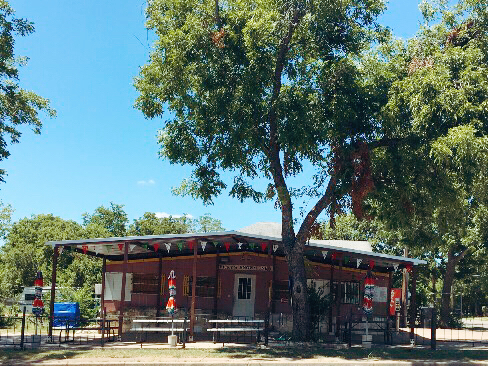 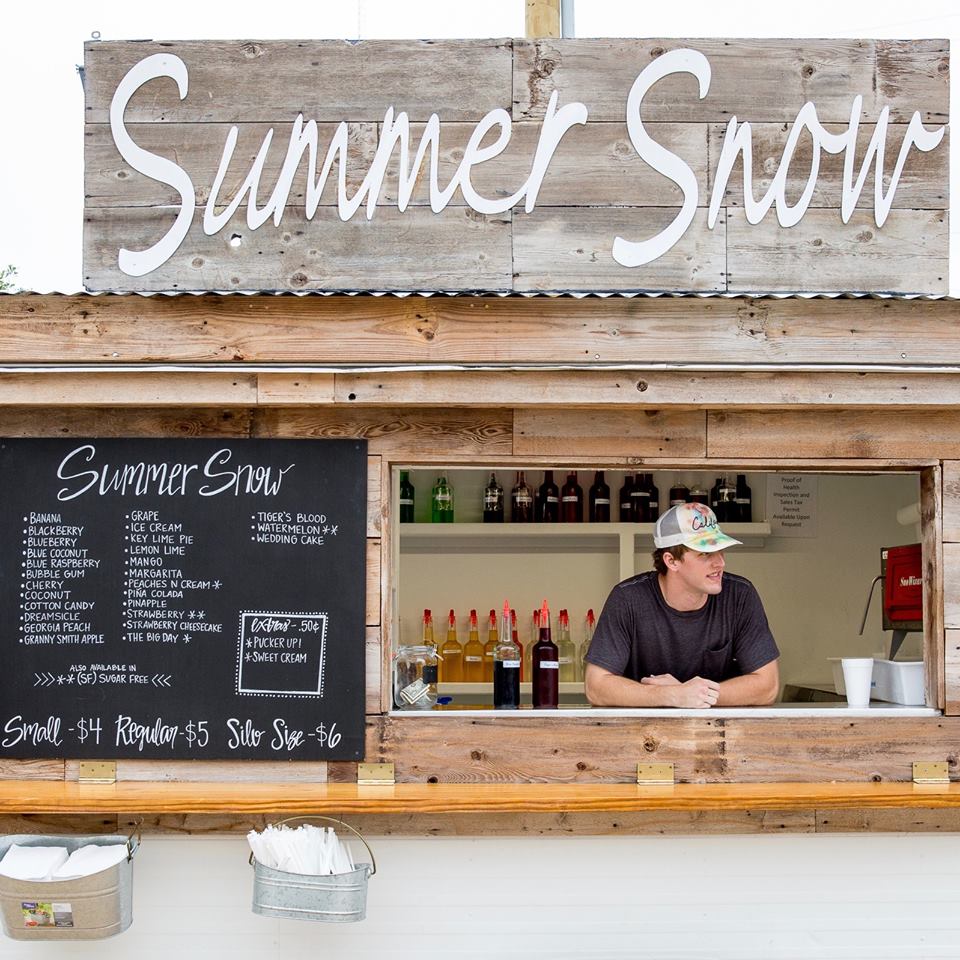 Summer Snow is new to town, but does not disappoint. You can find Summer Snow located on the Magnolia Market grounds at 601 Webster Avenue. You can enjoy the simple classics or splurge on flavors such as: strawberry cheesecake and the big day!

No matter what you call them, no matter where you find your Waco snow cones, they will cool you down and make you smile. If it has been a while since your tongue has been stained red or blue, or perhaps purple, do yourself a favor and find one of these Waco snow cones. You won’t regret it. In fact, the child in you will be happy you did. 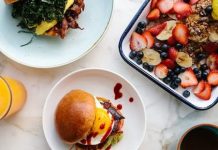 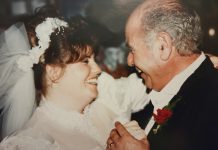 How My Dad Impacted my Path to Motherhood 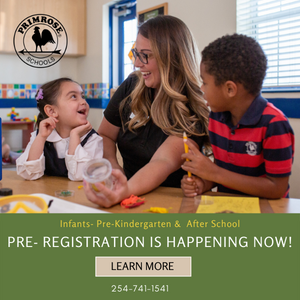