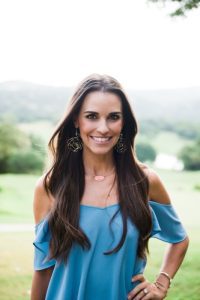 Allison is the Co-Founder of Waco Moms and Owner/Co-Founder of our neighbors, Austin Moms. She is a native Austinite and has a degree in English from The University of Texas-Austin. A former advertising executive and media planner, Allison spent much of her career executing creative advertising campaigns for her clients.

While celebrating Labor Day in 2007 with friends, Allison met Wesley – handsome, confident, and eager to make Allison his bride.

Allison has never been conventional so it’s only fitting that she and Wesley started their family before becoming husband and wife. In July 2010, Lincoln, was born. By June 2011, Allison added “wife” to her resume. In March 2013, their family grew with the addition of Townsend and in April 2016, they added baby girl, Larkin to the mix. Allison now juggles the complexities of being a work from home mom of 3. She loves conquering anything DIY or Annie Sloan Chalk Paint, Boxed Wine, Sushi, and finding new projects for her husband to complete… oh and of course, writing. 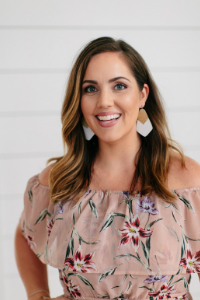 Carrie is the Co-Founder and Owner of Waco Moms and former Austin Moms team member. She was born and raised in Spring, TX and now calls Waco, TX her home. While she obtained a degree in Business from Texas Woman’s University, she proudly began her college career at Baylor. Sic’ Em Bears!

Carrie met the love of her life over New Years Eve and they tied the knot in May 2010. In 2012, they welcomed their first baby girl, Madison, and 27 months later, welcomed sweet Brooklyn.  All signs were pulling the Maddux family to Waco and they relocated from Austin to Waco in 2016.

Carrie is very excited to be a tiny part of the positive growth in Waco!